The Hyjeia wireless dosimeter was inspired by reading through Nebraska Medicine’s public protocol. In that document, they demonstrate using a dosimeter to log the amount of ultraviolet dosage and determine how long the UV source should be activated. The measurement was displayed on a built-in screen as well as transmitted wirelessly to an iPad which displayed the dosage. 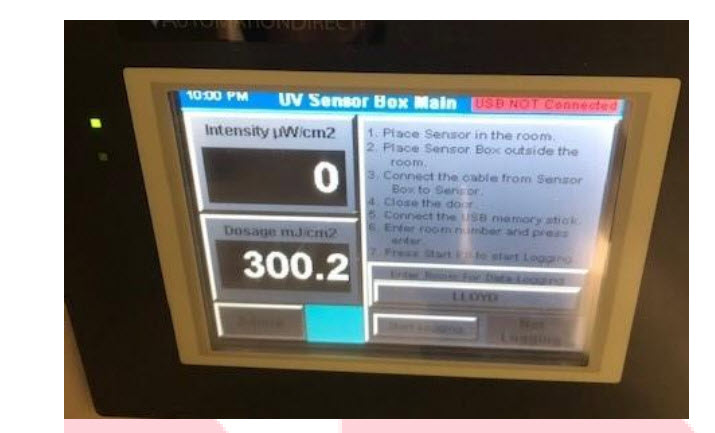 This allowed the operator to monitor conditions and de-activate the system when the required amount of dosage was achieved.

We made an early design decision to base the whole Hyjeia project around the Nebraska Medicine protocol. The main reason is that since the protocol exists already, hospitals and other facilities won’t have to spend the time doing trial and error to establish their own protocol. Arguably this is one of the most time consuming tasks and in serious situations, it’s important to minimize the learning curve. The Nebraska Medicine protocol is comprehensive, detailed, and if used as a starting point, would save facilities a huge amount of time to get their own system up and running.

The Hyjeia wireless dosimeter is an open source design based on an open platform called Arduino. UV dosimetry is central to the decontamination system since the dosage of UV-C light determines the level of sterilization. We wanted to have a device that could reliably give us a quantitative assessment of the dosage, but also was rugged and scalable so it’s possible to get the system into the hands of people that need it. This led us to design a dedicated circuit board for the system. 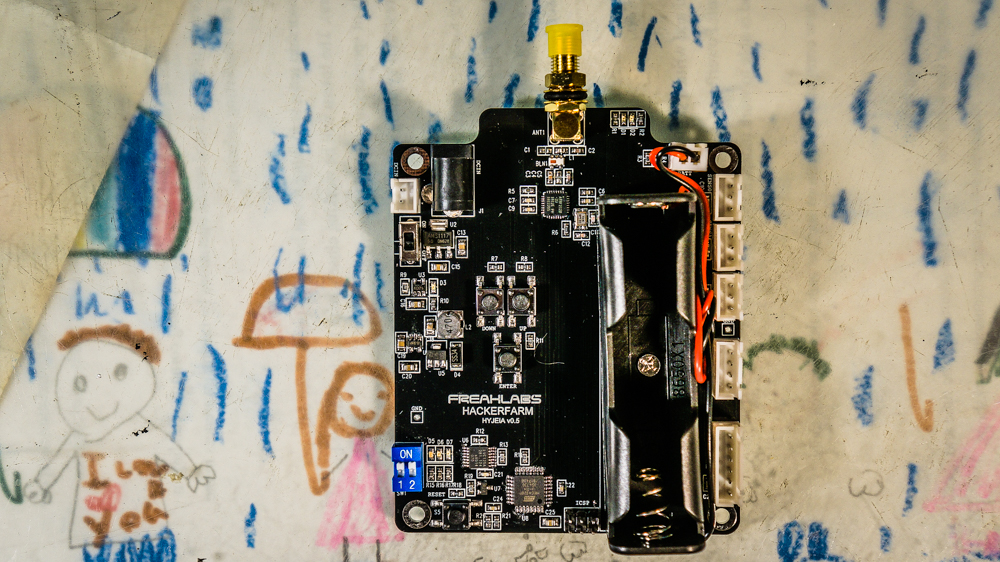 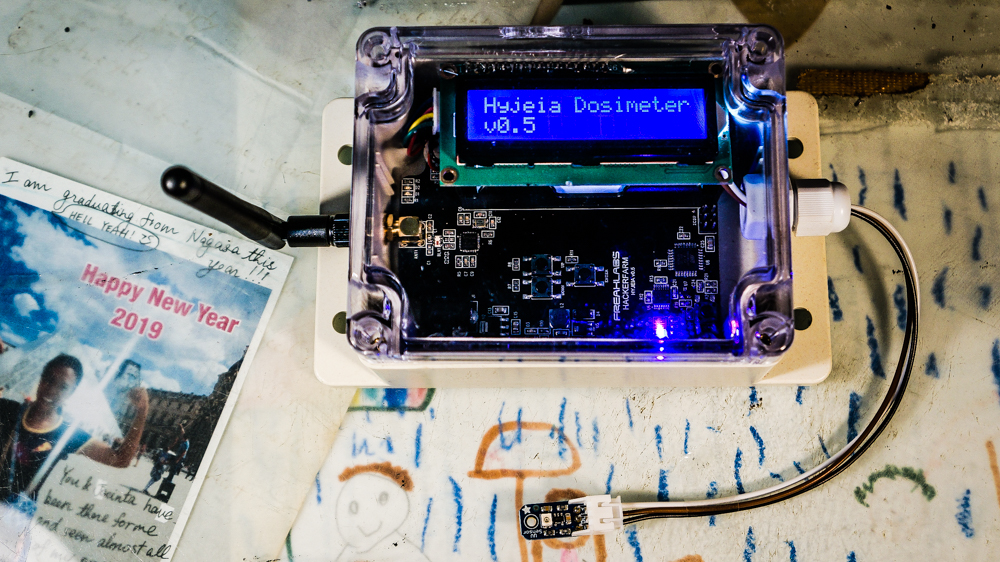 The features for the Hyjeia wireless dosimeter are:

The files included for the wireless dosimetry are:

Along with those files, you will need to download the Arduino IDE to program the board and Processing to run the GUI.

Here’s a bit more detail on the specifics of some areas we want to highlight for the dosimeter.

This is the heart of the system and we deliberately chose it to be Arduino based. There are a lot of microcontrollers that are more powerful, but they are also not user friendly. It’s important to us that the system is accessible and also easy for users to add features as needed without needing to consult a professional engineer. Since the Arduino community has so much support and so many resources, it’s an ideal platform for this project.

The wireless communications is based on a 900 MHz license-free radio made by Microchip (AT86RF212). We’ve used them in previous designs so we had confidence it would work. It also supports peer-to-peer communications, can communicate with many devices at the same time, and has controls for more advanced features. Communicating with multiple devices easily is important to us. We are already planning to expand the system so that the GUI will support multiple dosimeters, each one communicating wirelessly. 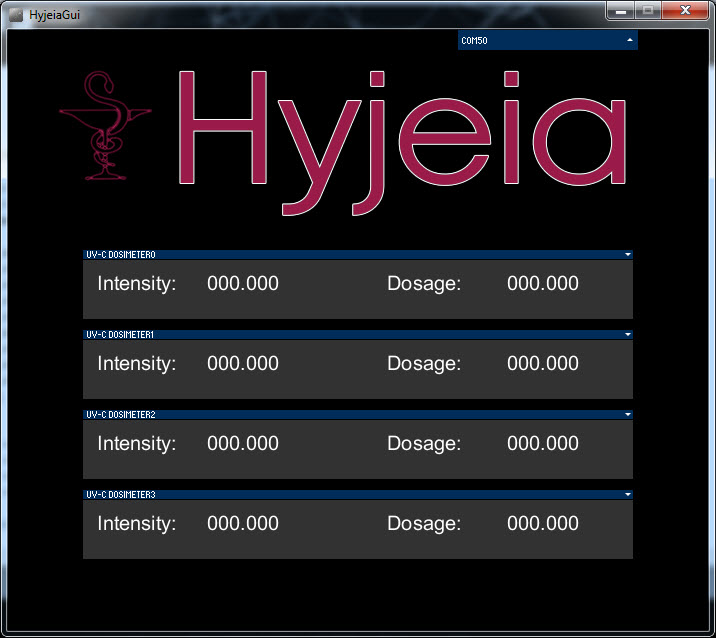 A very important feature for this project is accurate voltage measurement to calculate dosage. For the analog to digital converter (ADC), the power supply is normally used as a reference voltage. The problem is that the power supply isn’t very precise and can vary by 10% or more. This means that if the power supply changes, the measurement will also change. Instead, we decided to include a precision voltage reference using the LM4040. It’s a 2.5V reference accurate to 0.1% and stable over a wide temperature range. This means that we can worry a bit less about the conditions that the dosimeter will be used in and still feel confident that the measurement will be accurate. 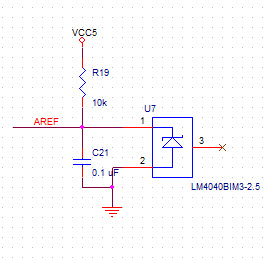 The power supply is often the area that is trickiest. We wanted to support rechargeable batteries because we feel it’s wasteful to use disposable ones. Having rechargeable batteries  comes with it’s own set of headaches though. We also need to provide a way to charge the batteries or the ask the user to provide a charger for themselves. In this case, we decided to integrate the battery charging circuit into the design.

The design includes a standard DC input jack that accepts a DC voltage of 6V to 12V and uses this to feed the lithium-ion charger IC (MCP73831) which charges the battery. If alkaline batteries are connected, it’s important not to connect the DC input since you can damage alkaline batteries by trying to charge them. 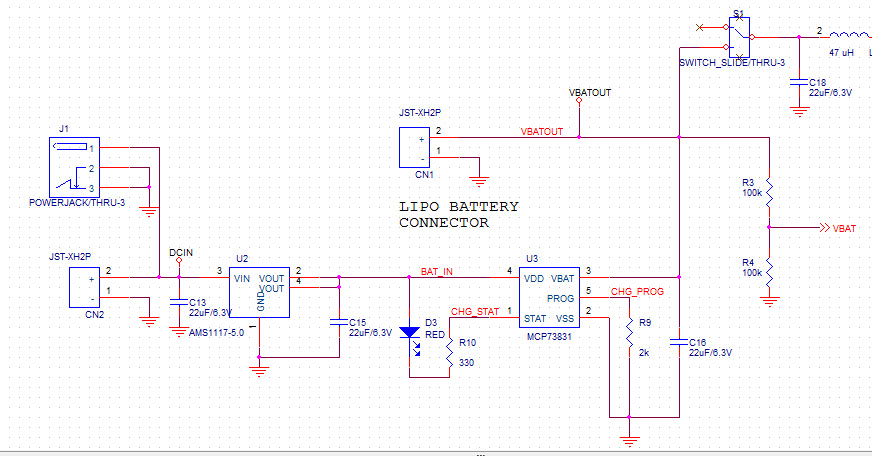 We also included a 5V boost converter in the power supply circuit. This guarantees that even as the battery discharges, we can be assured of a stable 5V supply until the battery dies. 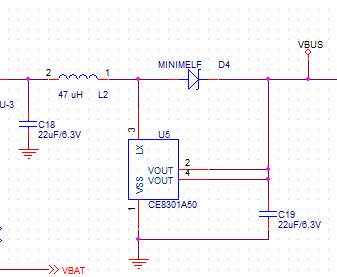 The Hyjeia dosimeter supports up to three UV sensors which can be purchased separately from various suppliers. Currently we’re testing with Adafruit UV sensors as well as the generic Chinese sensors. We will be adding other external UV sensors later as well after they can be tested and verified. 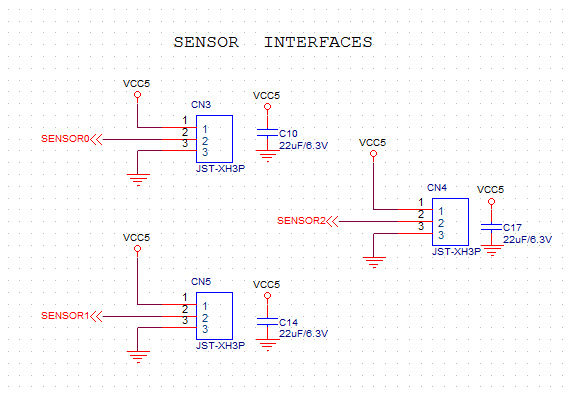 The user interface is optional and potentially useful if the dosimeter is used in a standalone mode without the GUI. In this mode, the operator would connect an LCD and use the buttons to navigate a menu. There are three buttons which are used for UP, DOWN, and ENTER. There are also two LEDs that can be used as auxiliary indicators.

The design is currently on v0.5 which means it’s in a beta phase. Stay tuned and check back as we interate and progress the design to a full release.