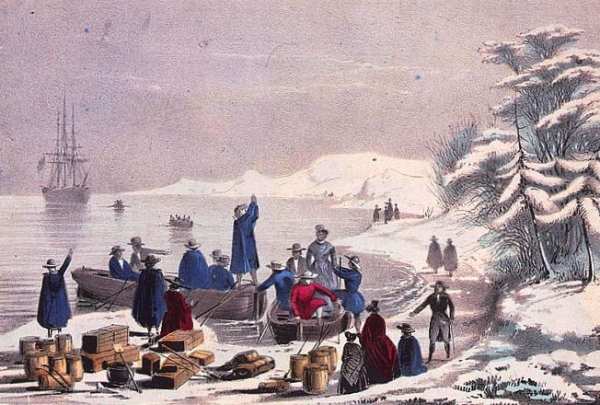 Now that the Thanksgiving holiday is upon us in the US, it’d be nice to reflect a bit on the history and meaning of Thanksgiving. Plymouth Colony was an English colonial venture headed by Captain John Smith to form a settlement in what is now Plymouth, Massachusetts. The settlement served as a sanctuary for a group of Puritan separatists known as Brownists fleeing religious persecution from the Church of England who eventually became known as “the Pilgrims”. When they arrived at Plymouth Rock from the Mayflower ship, they faced a hard and desolate landscape, rocky, windswept, and rising up to a seemingly impenetrable forest; starkly different from what they were accustomed to in England.

They landed at Plymouth Rock in December of 1620, smack in the middle of a harsh New England winter, where almost half of them died of illness related to exposure and malnutrition. In the following spring, they made first contact with indigenous American Indians that befriended them including the legendary Squanto. The Pilgrims had experience farming using techniques popular in England, but with no equipment and no animals to till the land, they were essentially helpless. Instead, the native Americans taught them indigenous farming techniques, one of which was an advanced farming technique pioneered by the Mayans in Yucatan, Mexico called the “Three Sisters”. 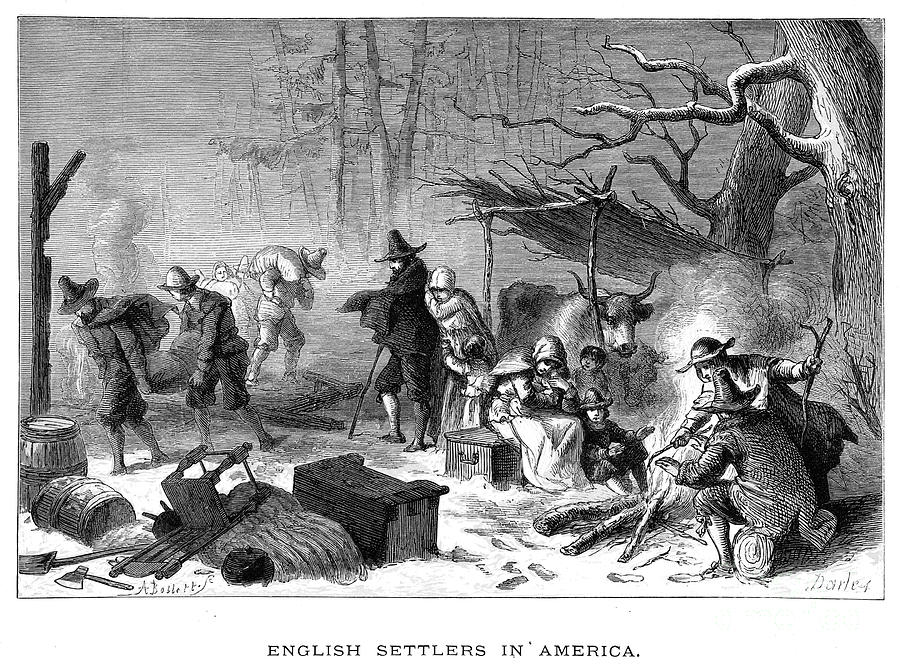 The Three Sisters farming technique is an intercropping technique (companion planting) for growing maize (corn). It was one of the reasons the Mayan civilization could sustain themselves and grow, and the technique spread across all of North America through the indigenous people that lived there. For each corn stalk planted, a companion bean plant and pumpkin plant is also sown. As the corn grows, the bean plant uses the stalk as a pole to climb around, giving its leaves the chance to get more sunlight and photosynthesize nutrients. In turn, the bean plants fix nitrogen into the ground which nourishes the maize, a nitrogen intensive crop. The pumpkin or squash spreads along the ground underneath the canopy,  alsofeeding on the nitrogen, smothering other weeds which would leech nutrients away from the harvest crops, and keeping the moisture inside the soil rather than evaporating away. In this way, the crops could be naturally irrigated from rain and maintain a large part of the moisture inside the ground where the roots could access it.

Using this technique, a triple harvest is possible in a small plot of land where the crops cooperate, take care of themselves, and require minimal inputs such as fertilizers, irrigation, or weeding, a must since by this time, they had lost many members. The Pilgrims had such a bountiful harvest in the Autumn that they had a celebration feast that lasted three days, a fitting party after the hard winter that wiped out almost half of them. They went and hunted wild turkeys for the feast and shared the bounty with the Native Americans that had taught them. Hence the first Thanksgiving had lots of turkey, pumpkins, corn, and beans.

Incidentally, the Pilgrims had also planted seeds they had brought with them from England: barley, peas, and parsnips. According to William Bradford’s memoirs, the governor of the Plymouth Colony at the time, the old world crops were a dismal failure, being suited to the climate and soil type of England and not having the benefit of cooperation via intercropping with other plants that they learned from the Native Americans. It’s also why they’re not traditionally associated with Thanksgiving.

So as you eat your Thanksgiving dinners tonight in the US, let’s reflect on the meaning of Thanksgiving and where it came from:

A boat full of refugees fleeing religious persecution, forming a refugee camp on North American soil, being taken in and shown kindness by Native Americans, and who were taught how to feed themselves using technology pioneered by Mexicans and Latin Americans.

There used to be a comedian that would tell jokes about living in the countryside, …

Hackerfarm ran its annual community rice growing program for the fourth year in a row. …