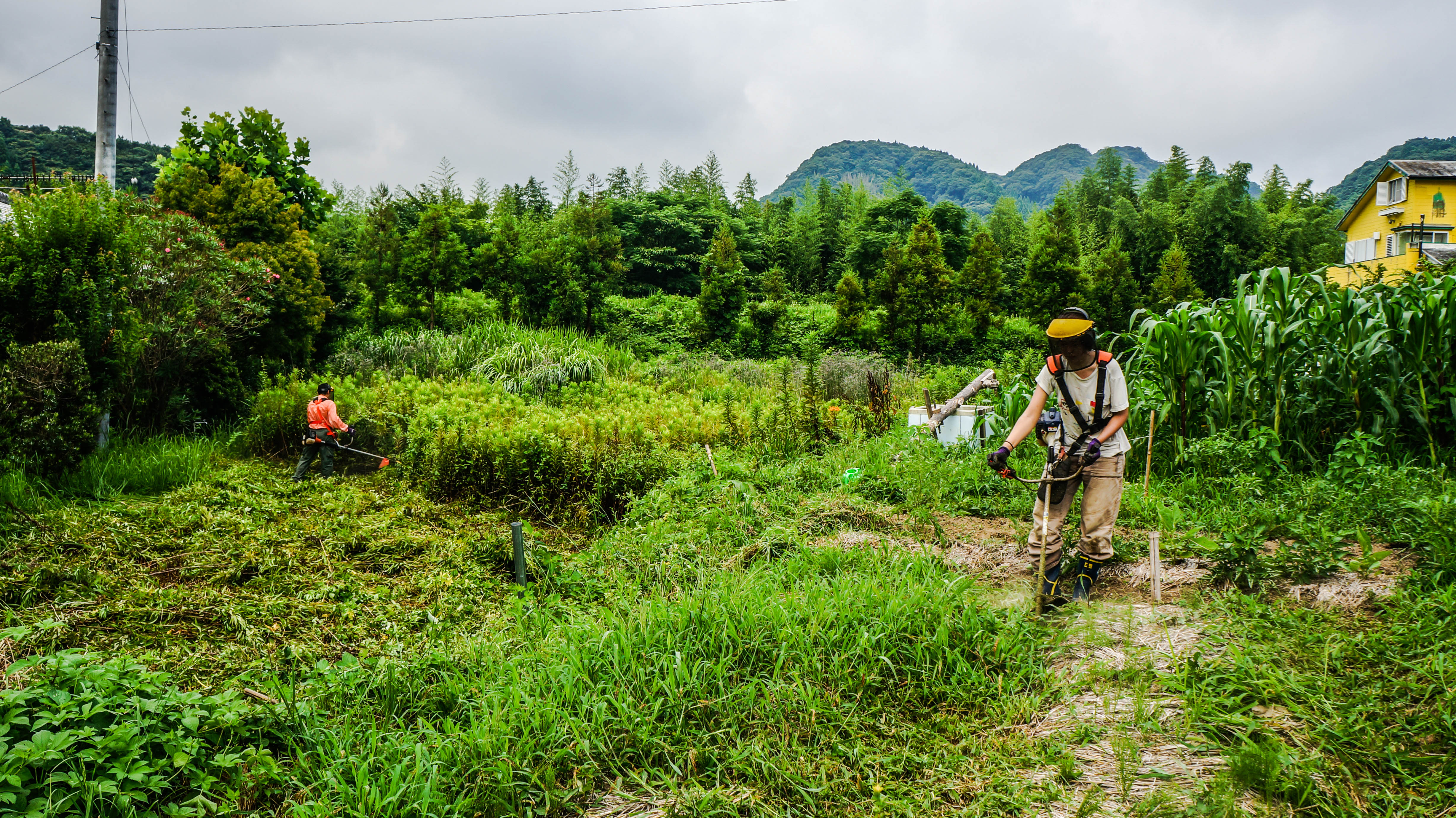 Here at Hackerfarm, we’ve had FarmLab for about a year and a half now. We’ve been able to do a lot of experimentation with it, testing out various growing methods, different crops, and also it’s fed numerous families in the area and allowed us to have wonderful harvest parties. There was an adjacent piece of land near FarmLab that we weren’t able to use because we couldn’t locate it’s owner. The family had moved away from the area and many of the locals didn’t know how to contact them. That piece of land was three times the size of FarmLab and has been unused for years. It was painful seeing it so tantalizingly close but not being able to use it.

Recently a friend of ours met the owners via a real estate agent who is trying to sell the family’s land and house. Because of that, we were able to meet the family that owned the land finally. We mentioned that if they weren’t using the land next to FarmLab, we could help them maintain and groom it in exchange for letting us use it. They had no problem with it so now our cute little FarmLab plot has grown to almost 4x the size.

The first thing we had to do was clear the land which was a backbreaking strenuous job, compounded by the fact that we had to do it in Japan’s worst heat wave in decades. Everyone grabbed a brush cutter or a scythe and started clearing out the weeds and tall grasses.

Because of the high humidity and intense sunlight, the weeds grow super fast during summer. We pretty much have to trim and weed the area every two weeks or else it starts looking like a jungle. 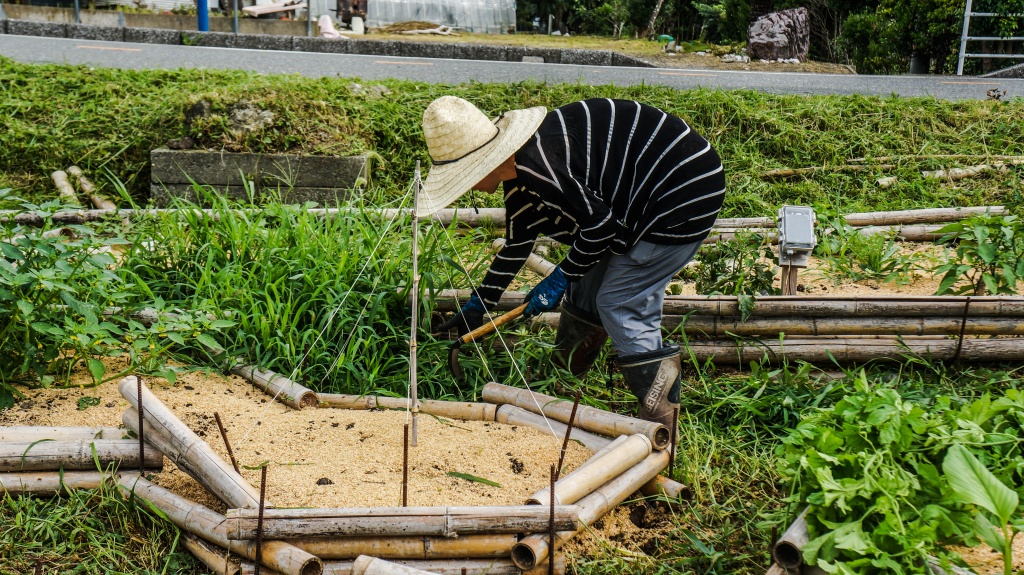 At the time, we had an artist-in-residency, Kat, who was helping us out with food design using locally grown food. She also pitched in and learned how to use the brush cutter to stat clearing the weeds and grasses.

Adrian’s a monster and would stay out in the field for hours clearing the brush. He’s the co-leader of the Hackerfarm FarmLab project and also got his doctorate in agricultural engineering. He has many ideas for different tests using the large new growing area we now have. 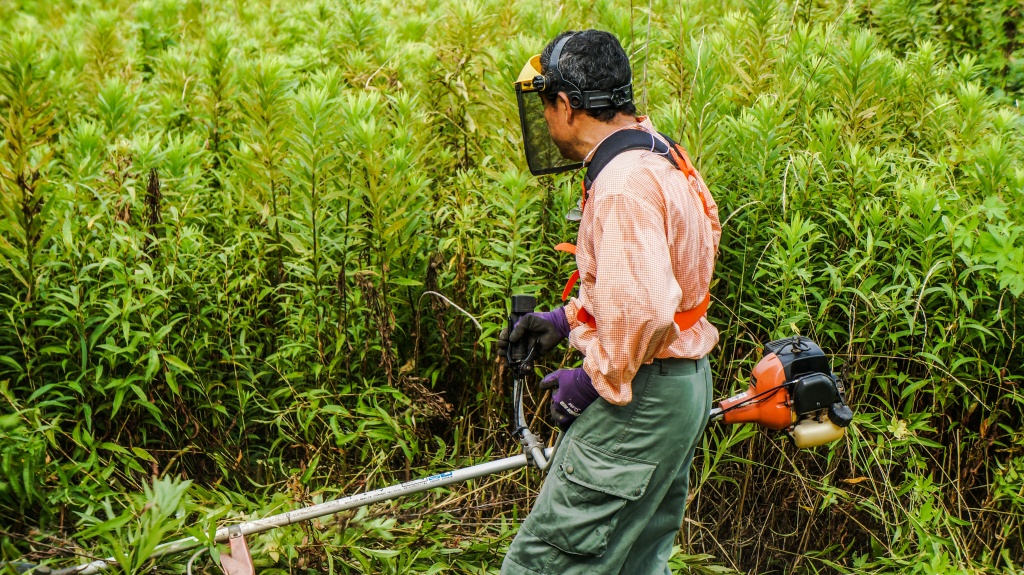 It was a rough day to be out working. The temperature topped out around 40 degrees C during its peak and it was hard to go out and work more than 30 minutes at a time. 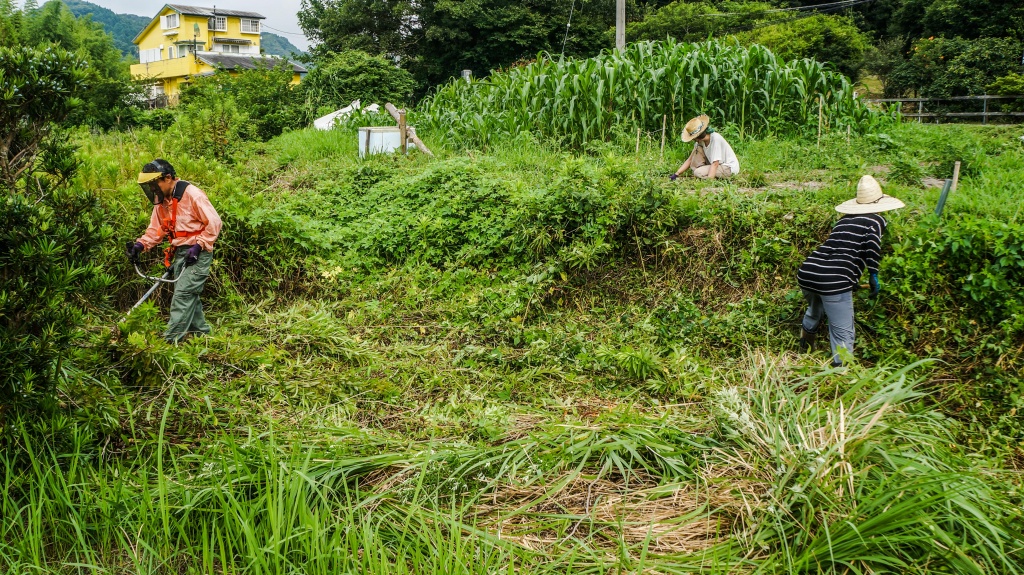 Now that the area is cleared, we’ll be tilling it and possibly planting it with nitrogen fixing cover crops, aka green manure. That should start the area on the road to replenishing the soil and also prep the land for a winter planting. More to come on the progress of FarmLab 2.0!