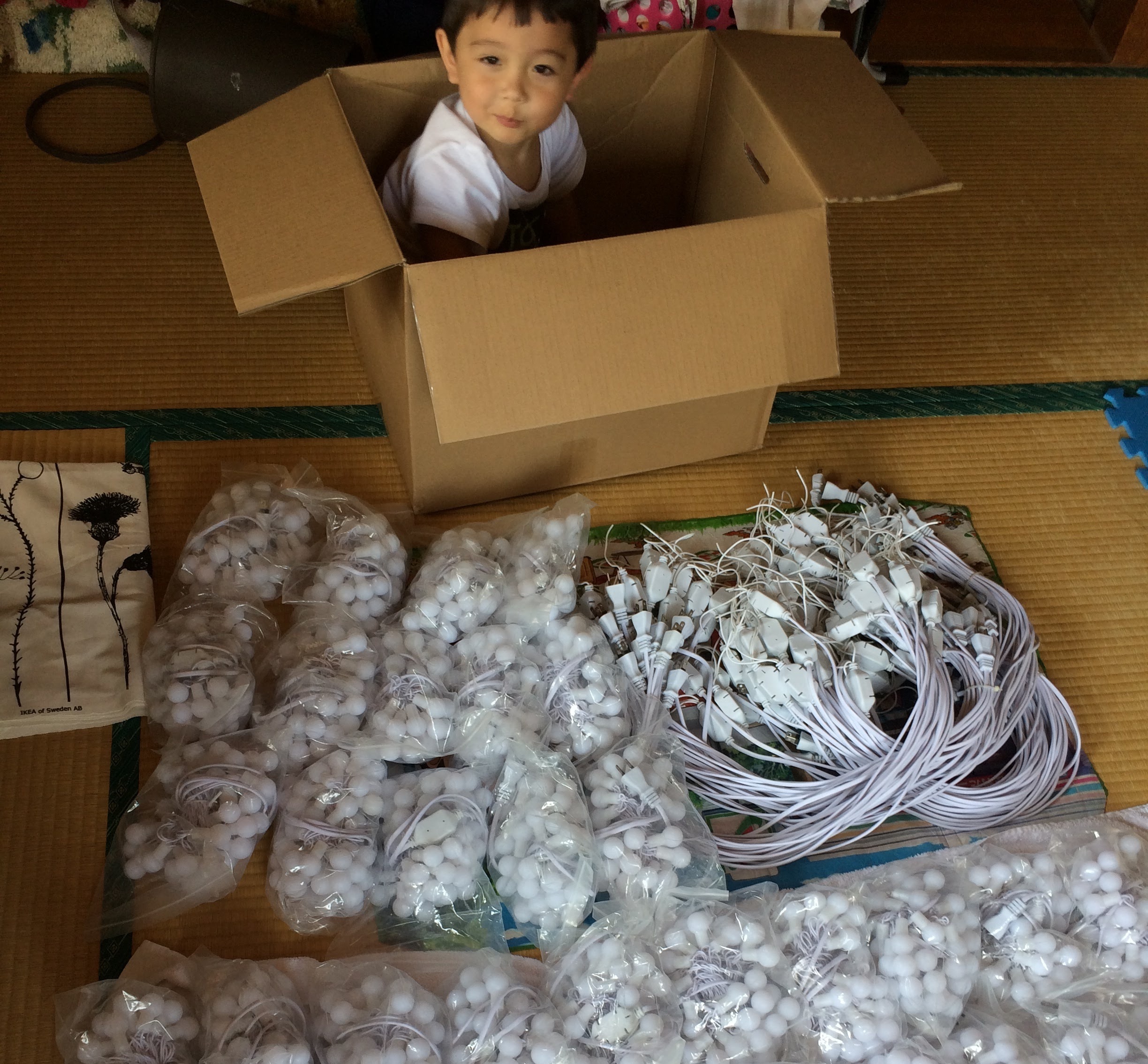 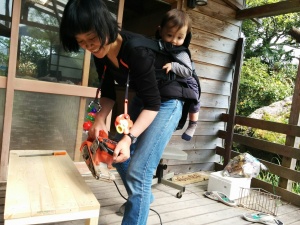 A new company is born from the Hackerfarm! Lazy Dot Mania sells cute and colorful decorative lights and is preparing new products. This company is the creation of Noriko Miura, an awesome mom who is part of the hackerfarm.

This is an article about how it started. As she is far too shy to say nice things about herself, this article is written by a totally neutral external observer: her husband.

Noriko always had some ideas when it comes to decoration. Seeing Akiba import various lights, LEDs at various stage of assembly, connected her interest in tinkering and her love for polkadots. She realized that you don’t have to study electronics for years before tinkering and customizing models.

After a quick refresher of the basics, a first prototype was quickly assembled with ping pong balls and color-changing LEDs.

But a prototype is just the first step to a finished product. We would have probably stayed at this point if not for an event organized by the hackerfarm. 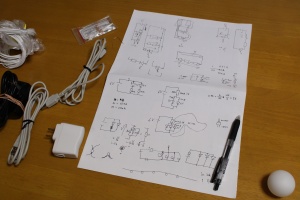 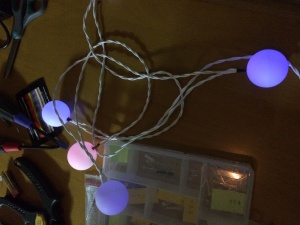 The maker’s family in Shenzhen

In April 2017, Jacinta and Akiba organized a Hackerfarm Shenzhen tour. Unlike last year’s tour, it was mostly people from our local community who knew each other well already. It really gave the event a family trip feel to it. And we contributed to that atmosphere by bringing the whole family in.

The organizers of the tour are Shenzhen veterans who actually routinely order and manufacture things in Shenzhen. The idea was to make everybody see the behind the scenes of the whole process. The fact that Noriko had a working prototype was really interesting to them as she would be able to actually try starting a manufacturing process instead of doing what we all did: discover it only in theory.

Our first stop was at Hua Qiang Bei to visit the electronics components markets. Many people have written about this place. A Masa, a Japanese member, said it felt like how Akihabara used to be: you can find several buildings full of small shops, with different specialties. Some would sell raw components, some half-assembled boards, others finished products.

There, in one of the many buildings, we ended up in a two stories space devoted to LED manufactrers. Dozens of small shops that are fronts for LED factories. Noriko felt like she had reached heaven. 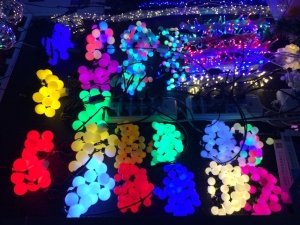 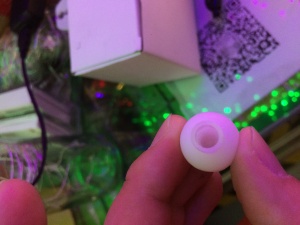 A very good advice to designers trying to manufacture things in China is to come there knowing what you want, (and if possible with a working prototype) but to adapt it with what they have available for cheap there. In other words, be able to change your design on the fly so that instead of creating a thing from scratch, you can reuse elements that are already available for cheap.

Here Noriko found two designs that had elements she liked but needed to shrink the size of the light bubbles. She found a factory that was doing things similar to what she needed and who accepted customization for a small minimum order quantity. 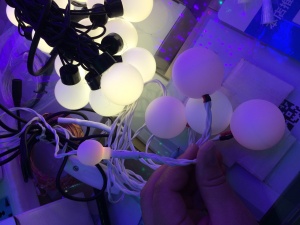 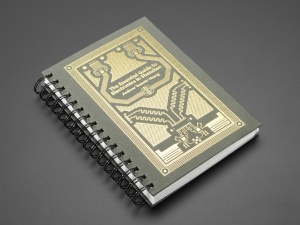 But don’t you have to speak Chinese to do all of this? Well it does help and Noriko had some notions (enough to negotiate), but people in Shenzhen are used to deal with foreigners and will make a genuine effort to understand what you want.

We also had a very useful aid: Bunnie Huang’s excellent Essential Guide to Electronics in Shenzhen. ( Adafruit link ). Akiba had explained that with that and a calculator to haggle on the prices and volume, you have all you need for closing a deal. But Akiba speaks Mandarin too and I was wondering how true it was. One day I hunted for a case and batteries for a small side project and I must say that it worked handsomely. Speaking Chinese is indeed optional there. 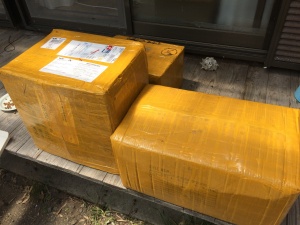 Yellow-taped packages from China quickly arrived to the porch of the hackerfarm. There are tons of things to write about shipping from Shenzhen, especially if you want to group several components from various manufacturers but in our case it was simple: one product, one factory, one address.

The first batch looked nifty, but they had a problem: they flickered on color transitions, something the factories’ sample version did not do. Its color cycle would also occasionally and brutally reset. This is where it was useful to have a well-equipped electronics workshop in the neighborhood. With Akiba’s help we could quickly see that they had put a cheaper power supply in the customized order. It was probably working fine under the 220V of Shenzhen but on the Japanese 100V, it could not supply enough voltage to sustain operation. 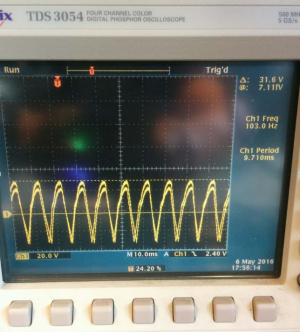 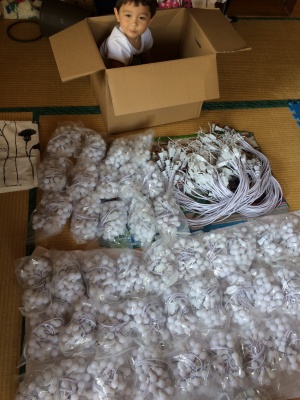 Strong words were exchanged on WeChat, then negotiation occured. We got a strong discount on a second order and free power supplies to repair the first batch.

Now begins the hard challenge: marketing! A website has been set up, several venues explored, the first bulk order received. This is yet another challenge for the makers family!

Here are the first two products, with a link to their shop: 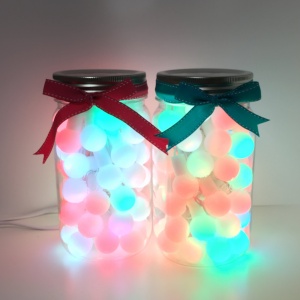 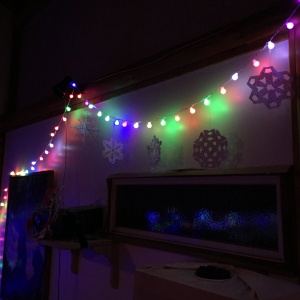 One Reply to “A company born from the hackerfarm: Lazy Dot Mania”