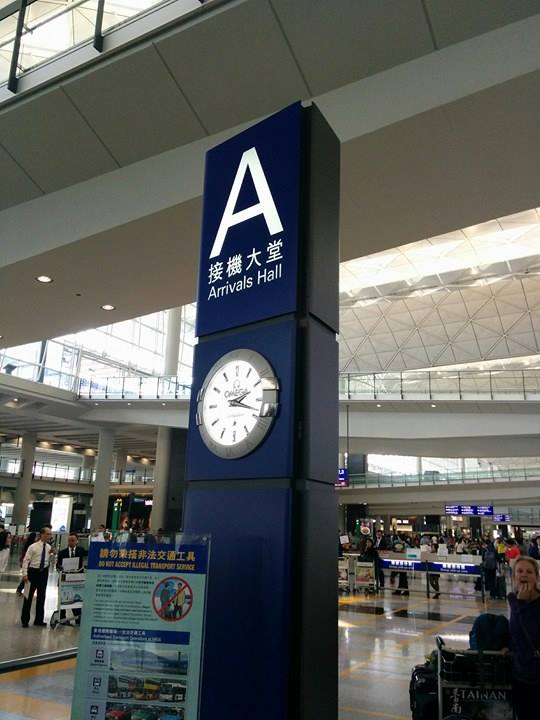 Sunday started off the 2nd Annual Hackerfarm Shenzhen Tour, Day 0. This is the day when everybody is scheduled to arrive. The logistics were tough but we believed we had it worked out. Everyone was booked on the same flight on Vanilla Air from Tokyo to Hong Kong and had everything gone okay, it would have been a smooth transition to get everyone across the border and into Shenzhen to the hotel. Unfortunately, it wasn’t to be.

Vanilla Air cancelled their flight the night before and we just got notice of it six hours before the flight. This set off a huge scramble to get everyone a new flight to Hong Kong without losing too much time. There was also talk of cancelling the tour, but we decided that it needed to go on. 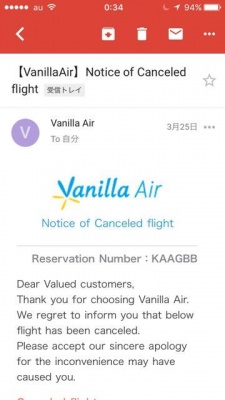 Jacinta and I were already at the Jinjiang Inn in Shenzhen near Hua Qiang Bei figuring out how we could modify the itinerary to accommodate the sudden change in schedules. Finally I had to leave to pick up the first group of people in Hong Kong. As an American citizen, I have a 10 year multiple entry visa to China so I’m free to cross in and out pretty much as I please. The caveat is that I can’t stay longer than 60 days in the country.

To get into Hong Kong from Shenzhen, I crossed at the Huang Gang border crossing which is old, a bit convoluted, but had very good airport access via cross border vans. Daytime crossings are easy and I made it there in plenty of time to meet everyone. It’s only about two hours from Shenzhen to HK Airport including immigration lines. 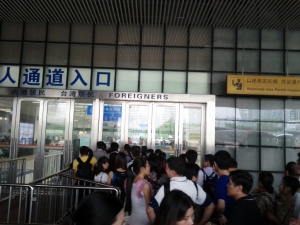 We set up a meeting place in Hong Kong International Airport and the airport has good wifi so it was a breeze to meet everyone. I picked them up and chartered a cross border van to get into Shenzhen. Once at the hotel, I left them alone to shower and rest and Jacinta and I took them out to dinner. Around 11 pm, I had to leave again to pick up the second group of people. 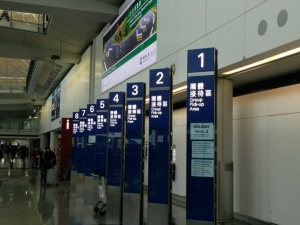 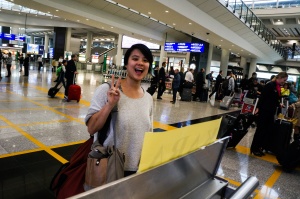 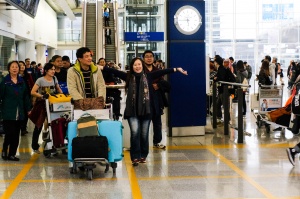 They got in around 2 am so I figured leaving around 11 pm would be plenty of time. I normally don’t go to HK airport that late at night from Shenzhen so it was going to be a learning experience. The first thing I realized was that the cross border vans stop at 10 pm. This left me with only two options to get there: taxi and bus. I decided to try taking a bus to the airport since it was going to be a first for me. I figured I had three hours so there was plenty of time. I was totally wrong.

The bus from the border drops you off at a local bus station and the only buses there are city buses that circle around Hong Kong. It ended up taking almost three hours to the airport and I just barely arrived to meet everyone. 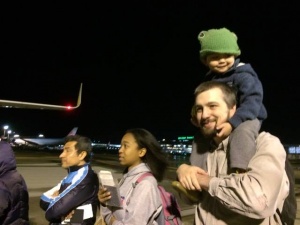 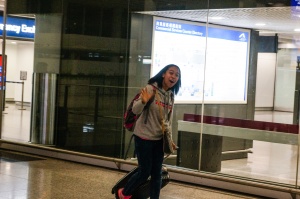 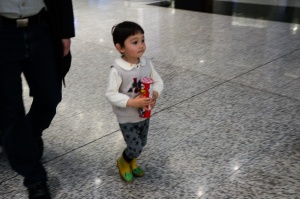 Once we got everyone together, it was already around 3 am. We gathered everyone into two taxis and took off to the Huang Gang border crossing again. There are actually four border crossings into Shenzhen but Huang Gang is the only one that is open 24 hours. It was about 300 Hong Kong dollars to the border which was pretty reasonable. After that, we got everyone across the border, into Shenzhen, to the hotel, and off to bed. I downed a quick Tsingtao beer and passed out. The Hackerfarm Shenzhen Tour was about to officially start in five hours.