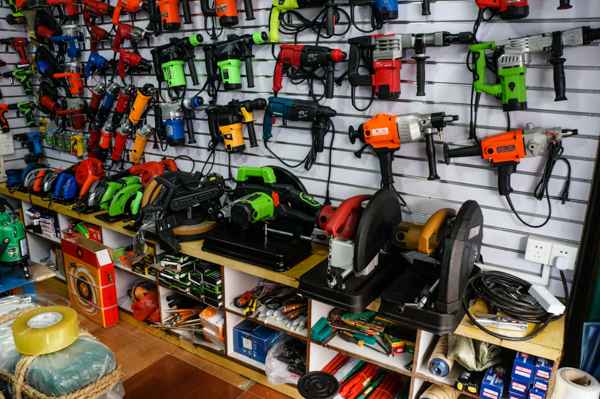 It’s been six months since the last Hackerfarm Shenzhen Tour and we’re at it again. This year, we’ll be focusing on the wholesale markets which offers an easier way for people to get exposed to how things work in China as well as understanding the mechanism of how an import/export business would work. We’ve lined up quite a lot of markets to provide a good mix of products so people can get ideas on what they could potentially import to Japan.

People will start arriving on day 0 where we will pick them up from the airport and bring them into Shenzhen. The first thing we will be doing is to get SIM cards for everyone. This poses an interesting problem because since the beginning of 2017, the Chinese government has been cracking down on foreigners getting SIM cards. Most shops won’t sell SIM cards to foreigners because of this. However we can still get them in Huaqiangbei through some of the vendors. Basically, they plant someone at one of the China Unicom shops and have them give kickbacks to the staff to have them register multiple phone cards on one ID or passport. We’ve been trying to figure out how to navigate the phone situation and have located some vendors that can get us a supply of SIM cards.

Next up, Jacinta and I have been scouting the various wholesale markets in Guangzhou that are new to us. There are still many markets that we haven’t had time to check out since we’re either manufacturing things, running workshops, giving talks, or sourcing parts for our own products. This gave us a good chance to check out some markets that we’ve never been to.

One of the interesting ones is the Yue Jing Hardware and Industrial market. They have tons of tools from personal to industrial and lots of heavy equipment. We weren’t sure what to expect when we got there, but the tools we saw were overwhelming. The prices are also much cheaper than anything we could get in Japan and they sell both wholesale and retail. They also had things like air compressors, water pumps, solar panels, and plumbing supplies. We were discussing taking some time and putting together a pallet of equipment to ship out to hackerfarm including heavy goods. This would require sourcing a freight company, but there is so much good heavy equipment out here in China that its becoming obvious that it’s totally worth it. 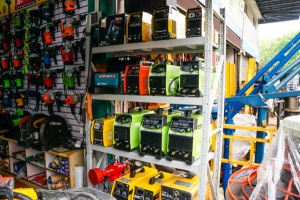 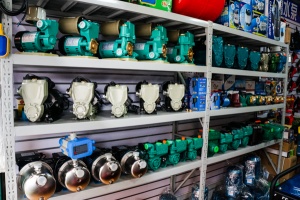 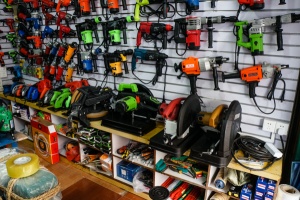 Adjacent to the Yue Jing Hardware market is one of the Wholesale Kitchen and Hotel Supply markets. There are a few of those markets in Guangzhou and they have things that you’d use to stock restaurants and hotels. They generally consist of pro kitchen gear, dishware, silverware, linens, and pretty much anything else you would need for those two industries. I think it will end up being a favorite market for us and we’ll also probably be taking people in the restaurant industry that we know. 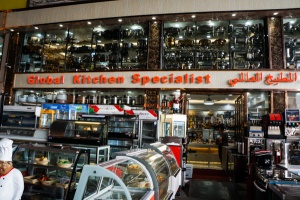 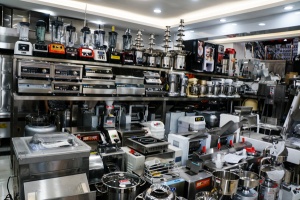 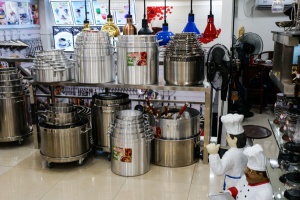 Next up on the list was to check out the fabric and textile wholesale district. The main market in the area was called ChungDa but we saw so many different markets that it’s hard to say which one was which. There are specialty markets that just focus on lace, fabric dying, rhinestones, patches and transfers, etc. The fabrics were the main thing there though and it seemed like everyone was carting around rolls of fabric on their motorbikes or on their shoulders. Most shops don’t stock the fabrics physically there because there are so many. They just have fabric swatches on display and you look through the fabric swatches to see which ones you want. They’re then sold by the roll which is usually around 65m give or take.

You really have to be careful in that area because everyone is running around carrying heavy loads of fabric and cars, motorcycles, and people are all interspersed. It takes a lot of concentration just to maintain your bearings. That market would be excellent for people designing their own clothes or doing anything related to fabrics and textiles. 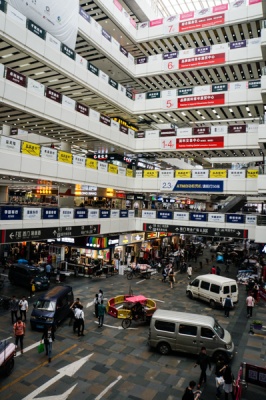 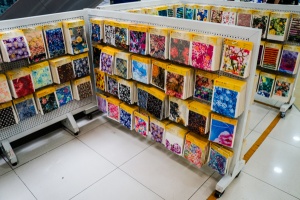 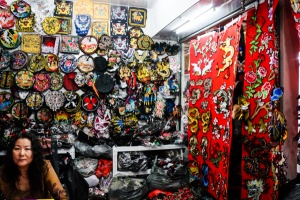 We closed out the day by checking out the leather wholesale markets in Baiyun. These markets focus on leather goods which are mostly leather handbags (both male and female), shoes, luggage and accessories. There are many people in the area that try to hustle you around the corner to sell you fake branded goods but it’s a good idea not to go with them. They’re likely looking for foreigners that they can sell overpriced fakes to. There are other areas that do this in a much more discreet way that makes you feel less sketchy. 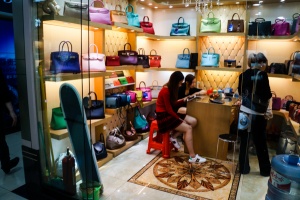 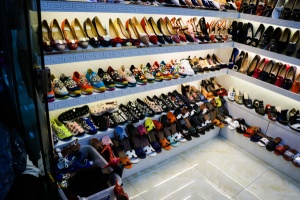 We were exhausted after the day scouting the various markets but there are many more markets to check out tomorrow. We’re hoping to check out an outdoor/camping goods market, printing market, and the wholesale tea market. Wish us luck!