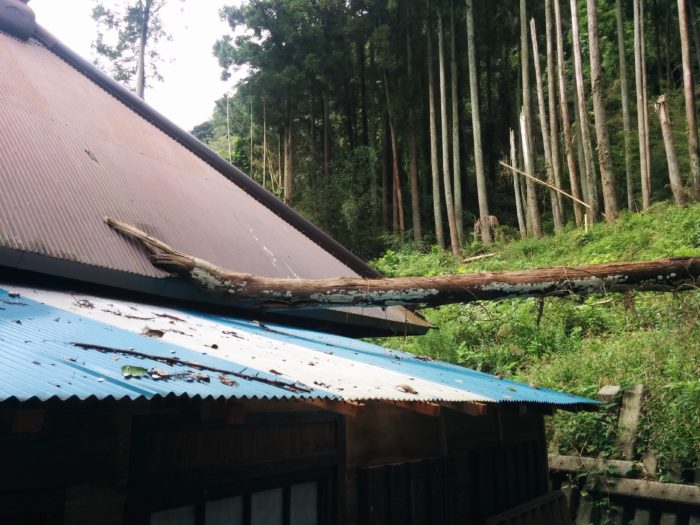 There used to be a comedian that would tell jokes about living in the countryside, starting them off as “You know you’re a redneck when…”. Today was one of those moments for me since we had to hire a lumberjack to cut down trees that put HBO, the hackerfarm guest house, in danger. One of the trees fell down in the most recent typhoon and hit HBO.

Luckily, the damage was minor but it got us thinking about the possibility that a bad typhoon would really put the house and any occupants or residents in danger. Interestingly enough, when we cut down the tree, we examined it and saw that it was weakened by some insect or animal that had hollowed out part of it and it was both dying and weakened. We didn’t know how many more trees were like it behind HBO and didn’t want to find out. 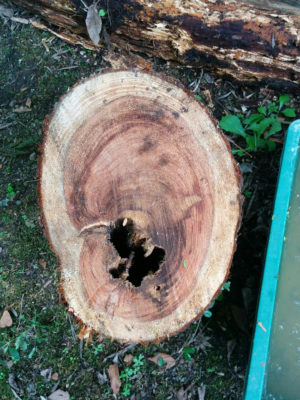 The lumberjack’s name was Sakamoto-san and he was a small, wiry man that was a bit shy. But put a chainsaw in his hand and he suddenly turns into a master craftsman. I watched in amazement at his skill and technique, wondering how many trees he had cut down. He would start cutting one side, hammer in a wedge, quickly switch to the other side and notch it with a V shaped cut. It would then fall exactly where he wanted it to. There was one tree in particular that was really scary. It was very close to HBO and extremely tall. Any miscalculation would have brought the tree down on to HBO and essentially destroy the house. This would be a huge problem for us because we would have to pay for damages which would essentially close hackerfarm. 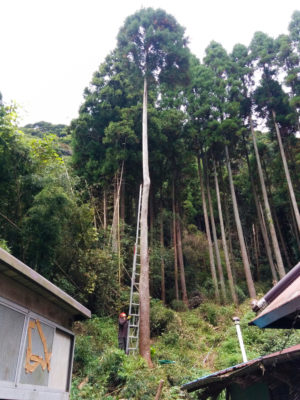 He handled it masterfully though and the tree fell away from the house with absolutely no problem. Lumberjacks are my new hero! 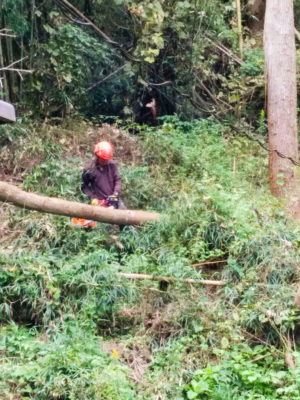 As we were walking along HBO, we also discovered that wild boar had been on the property and dug up some areas looking for food. This is a bit of a bad sign as there may not be much food up in the mountain behind HBO and the boar families are coming down to forage closer to the property. They normally stay away from people but would wreak havoc on crops and can potentially do a lot of damage to land. 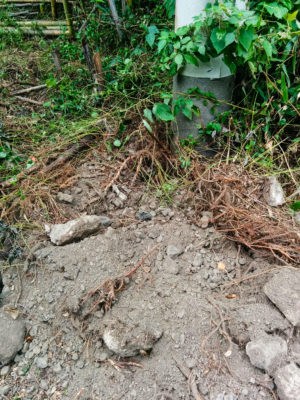 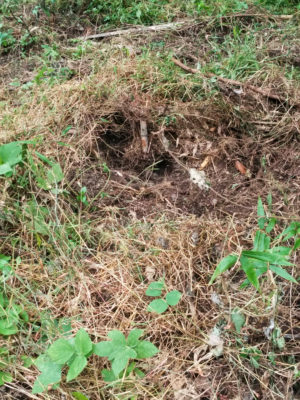 The main thing that’s dangerous about them is that if you startle them, they’ll run in a random direction and they.run.fast! They’re like a little car so if they hit you, it could be pretty damaging. Luckily, we don’t know anyone in the area hurt by a boar, although everyone has a story. I’ve never had to deal with these issues when living in the city but its just another day at Hackerfarm. Ha ha ha.

A Hackers Guide to Arts, Crafts, Food, and Music in Shenzhen

I recently wrote an article for Hackaday based on my experiences in Shenzhen, especially teaching …